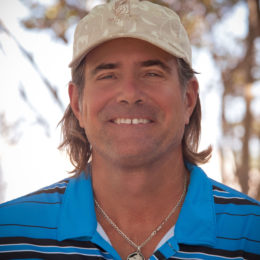 What We Do & Certification

Stephen started playing tennis when he was 8 years old. He was sectionally ranked in Southern California as a junior. He attended Claremont-Mc Kenna College, where he was a three time All American and won the team NCAA Championships. He played professionally for several years before becoming a teaching pro. He worked at Gold River Racquet Club, Arden Hills Racquet Club, Del Norte Club, and Canyon Creek CC. At Arden Hills he worked in the USTA CTC program. He has developed multiple Division I college players in both California and Texas. He has been nationally ranked in singles and doubles, and has been #1 in Texas. He played the prestigious Huggy Bear Invitiational Tournament for 17 years, with wins over Nastase, Masur/Fitzgerald and other notable pros. He has numerous certifications, including USPTA Pro 1, USPTA High Performance, USTA High Performance, PTR 10U, 11-17, Adult and High Performance, Evolve9 Training, and USTA QST Training. He is a certified professional trainer for the PTR.  In 2011 he was awarded the Industry Excellence Award, the USPTA Texas Section’s highest honor, for his contributions to the game of tennis.